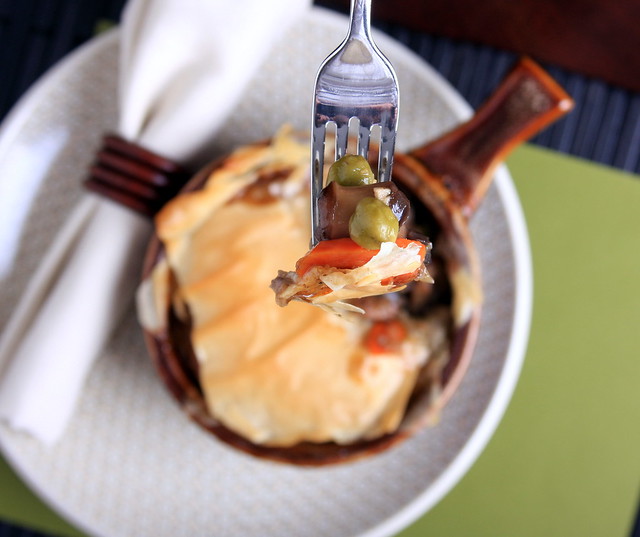 As the weather gets colder, my craving for something warm, savory and a little carby gets more intense. So when I woke up to an especially chilly morning the other day, the words pot pie were instantly etched into my mind. I never really considered making my own pot pie before, because the crust somehow seemed like a lot of work, and Amy’s prepared frozen pot pies are always an easy, quick and good alternative. However, because I had some vegan phyllo pastry I bought to make this recent Thanksgiving dish, I decided to make a pot pie filling and use the phyllo in place of a handmade crust.

This pot pie filling is packed with hearty portobella mushroom caps, shallots and white wine, as well as some frozen green garbanzo beans which I decided to throw in towards the end for color and texture. I also used Gardein beef skewers here, which I don’t typically buy, but they did give the pot pie filling some bulk and variety, and the texture worked well with the other ingredients.

I used the filling to spoon into two single-serving vessels, which I then draped with some oiled phyllo sheets and baked. It smelled amazing while in the oven, and produced a savory and comforting dish—perfect for dinner on a chilly day. I repeated these steps for the leftover fillings over the following days, which produced the same fresh-baked result as the first time with ease and minimal prep. 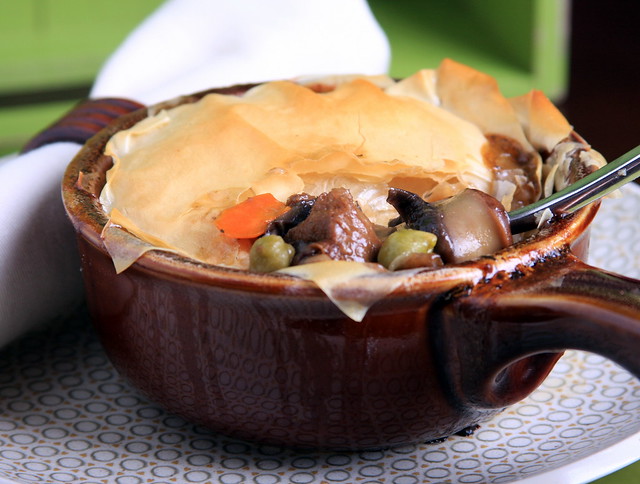