Several months ago, I tried a salt-roasting technique from the Vedge cookbook, and loved the silky texture that was coaxed out of this rock-hard root by simply placing it on a bed of salt and slow-roasting it for a couple of hours. Since then, I’ve tried out a variation which involved encasing the unpeeled beets with salt before placing them on the bed of salt. What the salt does here is gently steam the beet, while keeping it at an even temperature during roast time—producing a silky, soft and luxurious texture. 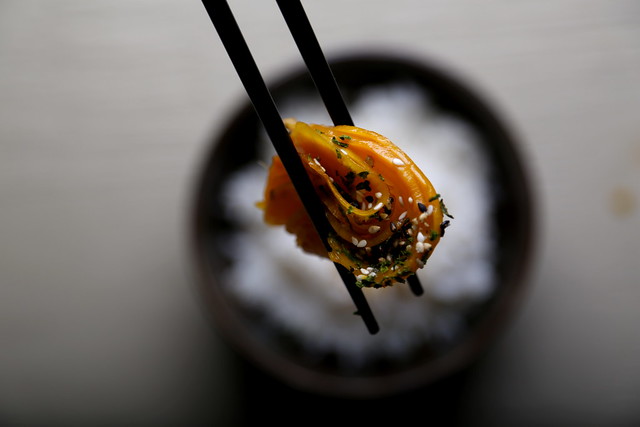 Either way, although the slow roasting time is, well, slow, the end result is worth it. Marinating the beets in toasted sesame oil and coconut vinegar (always my acid of choice, but you could probably also use white balsamic or even apple cider vinegar) at the end makes these already soft and silky beets even more so. 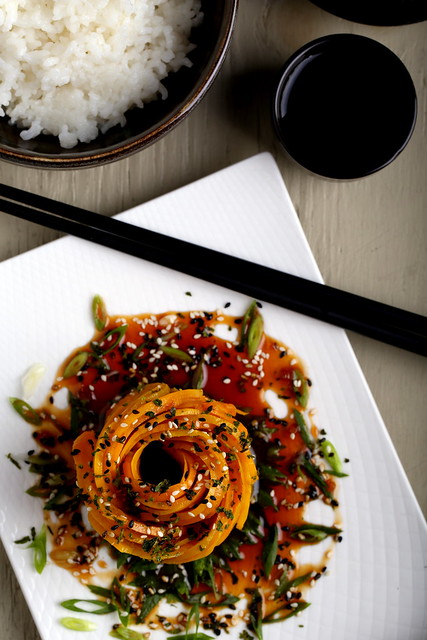 The marinated beets are then drenched in a homemade teriyaki sauce right before serving, then piled over steamed rice and accented with a little ground nori. I used ochazuke wakame seasoning (which can be found in most Asian supermarkets) instead of nori for leftovers, which also worked nicely with the texture and flavor of the teriyaki beets.

To make the teriyaki sauce

To slow roast the beets

To make a swirl pattern like this, just lay the sliced beets on a long row so they are overlapping each other. Once you have about 5-6 inches of beet slices laid out, just roll them up to create a swirl pattern. 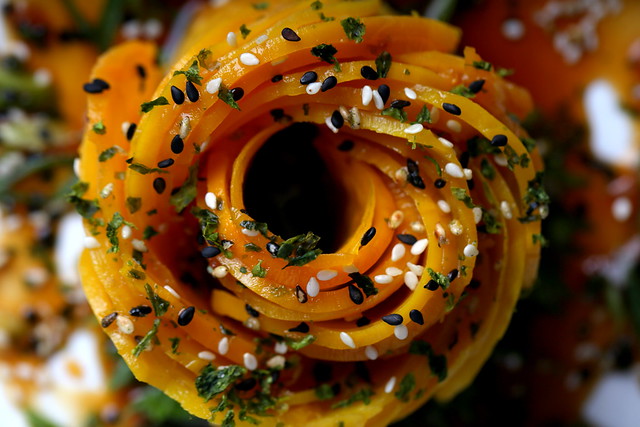