You are here: Home / Interviews / Why I Cook | Interview with Joni Marie Newman of Just the Food

In this column, I’ll ask some of my favorite bloggers questions around, well … why they cook! If you don’t already know about these noteworthy bloggers, you’ll be introduced to some great ones and, if you are already fans, you’ll learn something new about them here! This week, I’m featuring Joni Marie Newman—a fellow vegan blogger and activist over at Just the Food who is also a dear friend of mine!

In addition to being a prolific cookbook author (she has authored and co-authored more than 10 vegan cookbooks), Joni is super active in the vegan community, regularly organizing, speaking at and serving up food at vegan events; sharing her unique, globally-inspired comfort food recipes with a wide audience; supporting other vegan endeavors and being an advocate for animals in need. So I knew of Joni before I actually knew Joni. We first met at Vida Vegan Con in Portland in 2013, then when we moved from Boston to LA a year later, I was lucky to find that we were located pretty close to each other, so we developed a friendship over coffee and lunch meetups in nearby Long Beach and downtown LA.

What I’ve learned about Joni over the past couple of years is that she is one of the most fearless, inspiring, genuine and funny-as-hell people I’ve ever known, so I’m especially excited to share more about this amazing person in our interview below! Read on to find out who Joni’s culinary heroes are, learn about the story behind the best dish she’s ever made, and be sure to check out her newest cookbook release, Vegans Go Nuts!

I have always been a creative person. I fancy myself a bit of an artist. Growing up, I always thought I would be a musician, a painter, or a writer … but I always knew I wanted to do something creative. I was always the person who said, “I can make that!” instead of buying it. I was always the person going through other people’s trash, so I could make it into treasure. Sadly, that creativity didn’t translate terribly well in the kitchen. I don’t like to follow directions. I like to be inspired, and then figure out how to do it on my own. My mind was wild with ideas when it came to cooking, but I had no experience in the kitchen. My mom was awesome. But she was busy. Working, raising kids, being super involved with our school and extracurricular activities, and all of this as a single mom! We ate dinner together every night, but it was often convenience food with a little semi-homemade love thrown in. Think Kraft Mac and Cheese with added Tunafish. That’s a casserole, right?

Soooo I didn’t learn my cooking skills from Mom. I moved out of the house when I was 18 and continued cooking the way my mom did. Convenience foods with some Joni flair. When my then-boyfriend and I moved in together a few years later. I was determined to impress him with my culinary prowess. My spice rack included garlic salt and Lawry’s seasoning salt. Ha! But after many experiments gone wrong, and a few gone right, I began understanding flavor profiles and was really interested in using “exotic” flavor combinations on traditional everyday dishes. My spice rack began to grow. But it wasn’t until I went vegan that I really began to shine in the kitchen. My creative spirit and my “I can make that!” attitude was now in full gear as I began experimenting with ways to make my childhood favorites a vegan reality. That was about 11 years ago.

I drive a lot. And when I’m driving, my mind is always racing (unlike the freeway, which seems to always be standing still.) I am always thinking about what’s for dinner. What am I going to make for breakfast tomorrow? What can I make to bring over to a friend’s house? How can I make that dish vegan? Then I visualize that finished dish and work backwards in my mind from there, breaking it down into all the different components. I usually have a pretty good idea of how I am going to make it by the time I arrive at my destination. I jot it down in a notebook, send myself a text, or even record my thoughts out loud while I’m driving (That’s how the idea for the podcast was born!) and then go try to make it.

When I am working on a specific project, like a cookbook, I usually know how many recipes have to be in the book. I (or we, when I’m writing with a partner, like Celine Steen) first come up with the chapters, then figure out how many recipes have to be in each chapter. From there, I write out lists of potential recipe titles. I use this as a kind of jumping-off checklist and begin developing the recipes I listed. This process has served me well, and although it never ends up being the list I started with, the final outcome usually has a pretty good resemblance to that initial inspiration.

Experiments, both successes and failures, are always welcome. With each comes a new learning experience. Sometimes a failed attempt at something will expose an unintended equally positive outcome identifying a new cooking technique or flavor combination.

I do admit to running out of creative juice, sometimes. I mean over ten years and ten cookbooks later, I often feel like there is absolutely not one more recipe in this brain of mine! But, inevitably, and without warning, a new breakthrough shows up on Facebook (Hello, aquafaba!) or a new food trend goes viral (Were ramen noodles as a burger-bun really a thing?) and I am once again inspired.

YaKa Mein. A traditional Louisiana street food with a rich history. Locally referred to as “Old Sober” as it is known for its magical abilities to cure a hangover. Basically, it’s a (vegan) beef based broth full of cajun spices poured atop a bed of spaghetti noodles and (seitan) beef medallions topped with green onions and a (tofu) hard boiled egg. I was inspired by the story of Ms. Linda Green (aka the YaKa Mein Lady) and the lore behind the dish. Some say it was black soldiers fighting in Korea who brought the dish back to Louisiana, while others swear it was Chinese workers brought over to work on the railroad between Houston and New Orleans, who eventually settled in New Orleans now defunct Chinatown who made the dish popular. My vegan version is rich with all of the flavors of the original, without any of the harm. I hope Ms. Linda would be proud.

Don’t always try to re-invent the wheel. Someone out there has probably already figured out how to do what you want to do. Learn from them.

Please don’t laugh. Rachael Ray. I keep her picture in my wallet. She started out behind the deli counter and became a mega superstar! I used to work behind a deli counter …

Also, my first vegan heroines were two wonderful women, who I have come to know and love, in real life, over the years. Chef Tanya Petrovna, founder of Native Foods, and author of the first vegan cookbook I ever owned; and Isa Chandra Moskowitz. If it wasn’t for my husband bringing me home a copy of Vegan with a Vengeance shortly after I became vegan, I most definitely would not be where I am today. Both of these women pretty much taught how to cook vegan properly. I kneaded by first batch of seitan following Chef Tanya’s technique, which is still my favorite technique to this day. And, I hosted my first ever vegan dinner party for omnivores with Isa’s Seitan Portobello Stroganoff.

Roy Choi. He’s such a bad ass. So much energy. So creative. So fucking fast. His passion for great tasting food gets me emotional. Did you know he was the one coaching Jon Favreau on the set of Chef? Yeah. It was him behind that sexy grilled cheese scene. If the two of us were in the kitchen together, I feel like it would be really high-paced, sweaty, supercharged, and exhausting. But we’d be talkin’ all kinds of shit on the broken food system, and food deserts, and politics, and dropping a shit-ton of f-bombs. It would be amazing.

I’m not much for fancy parties. But, throw me in a backyard on a warm sunny afternoon with a bunch of like-minded folks who love the shit out of good food, turn up the radio, pop the top on a cold one and throw a bunch of homemade pizzas on the grill … now THAT’S a good time!

Ingredient: garlic powder! I am chemically dependent on it. Gadget: immersion blender. So smooth. So creamy. So much less messy.

Stay in touch with Joni! 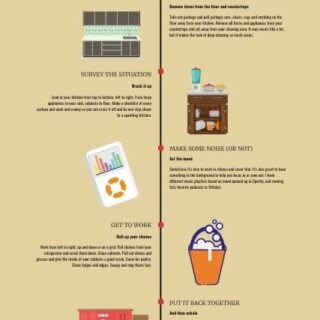 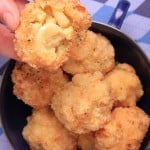