You are here: Home / Entrees / Roasted Ginger and Coconut Soup 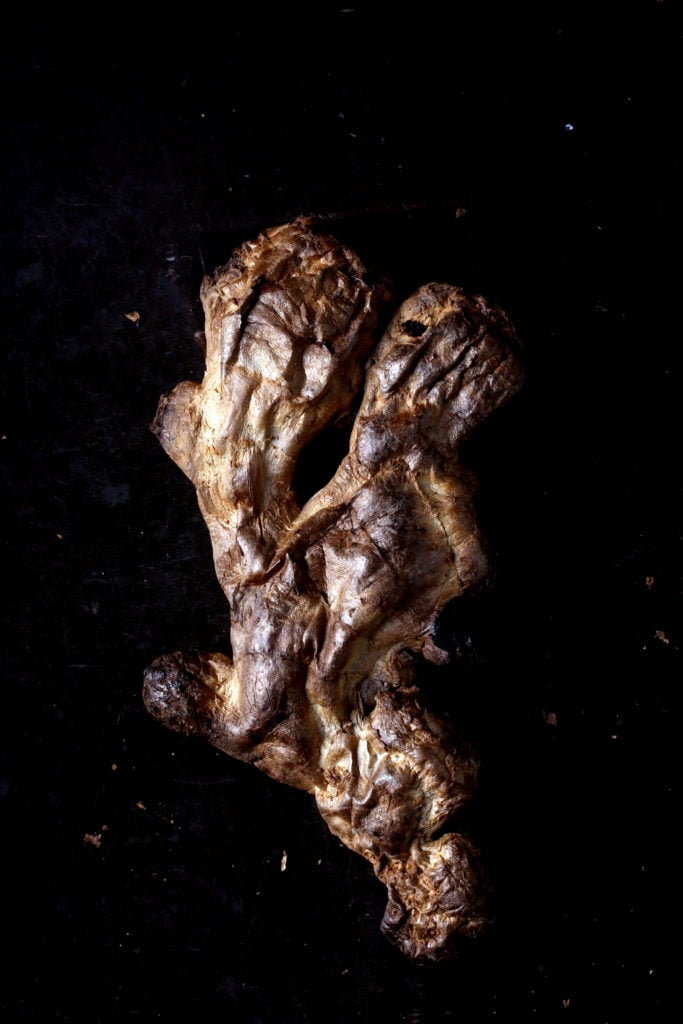 Things that smell fantastic when you put them into the oven: garlic, bread, shiitake or maitake bacon, pizza, sweet potato, pot pie, amiright? … add ginger to that list. Stay with me.

When I got my latest issue of Bon Appétit and read about their method of roasting ginger, I had to give it a try. It sounded kind of weird, but it also kind of made sense. What slow roasting did was give the ginger a soft texture, mellowed out it spiciness, and infused a rich and nutty flavor that worked like magic in a soup (although I’m sure there’s lots more ways it can be used). BA suggested grinding up the roasted ginger skin and all, but I peeled it away because it was easy enough, and cut away any tough ends before pureeing it into a smooth paste. I then froze that puree into tablespoon-sized portions for later. Why not? 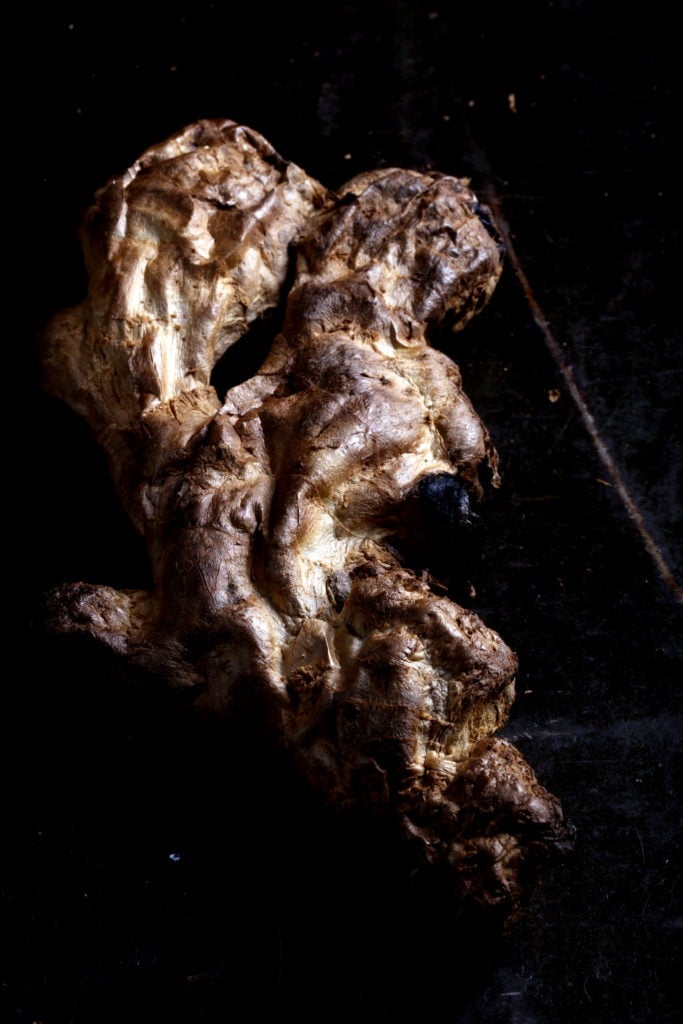 BA suggests that the ginger be broiled, but my oven temperature decided it wanted to stay put at 475. I put the ginger right on the oven rack, closest to the heating element, which took about an hour, with a flip in there about 45 minutes in. The temperature and timing is up to the size and amount of ginger your roasting.

Adding it to a simple coconut soup gave it a super rich and complex flavor, without an overwhelming taste of ginger. I added in king oyster mushroom scallops and some carrots and cilantro, but would have been equally fine with drinking this plain as a broth. It’s buttery, rich, smoky and nutty … and something we’ll be making often! 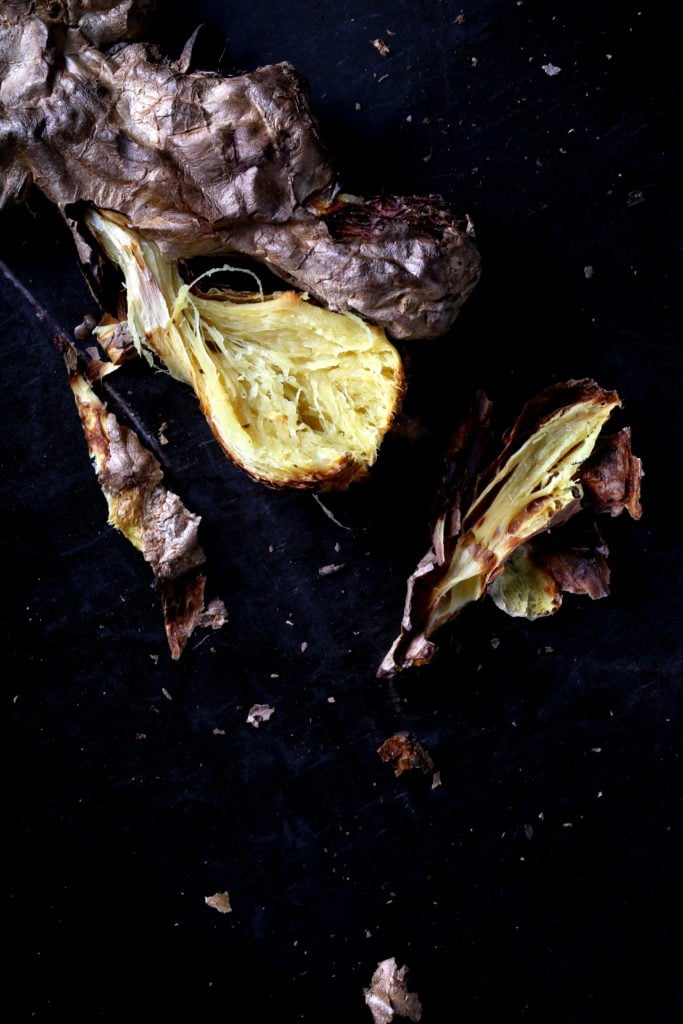 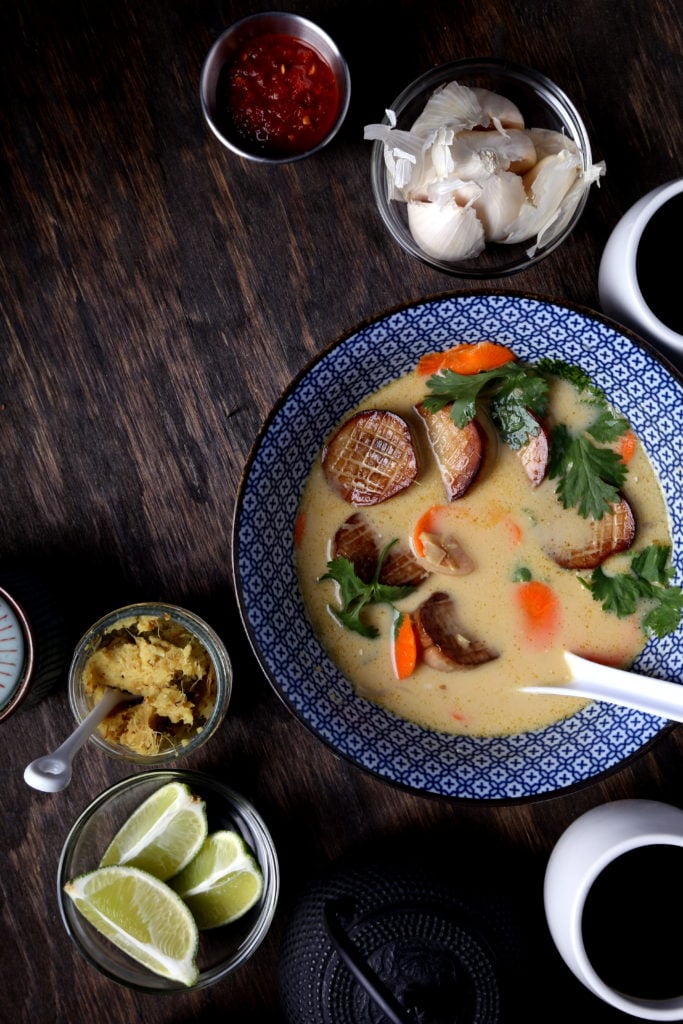