You are here: Home / Interviews / Why I Cook | Interview with Jackie Sobon of Vegan Yack Attack 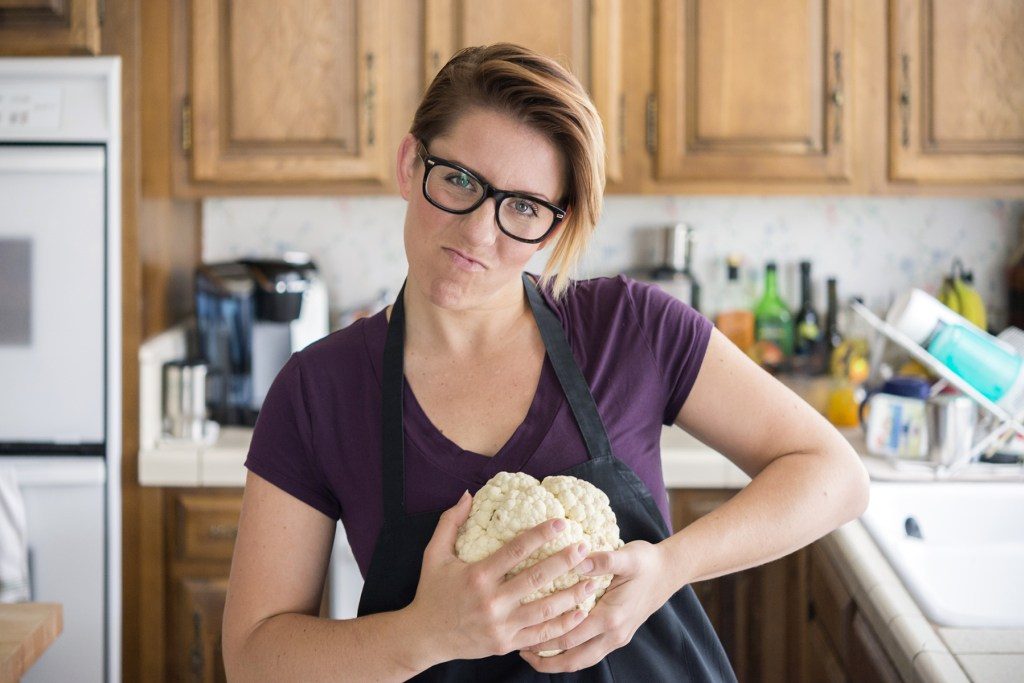 There are so many fabulous food bloggers out there that I adore because they constantly inspire me with their original recipes, beautiful instagram feeds and diy creations. I love keeping up with their lives through their blogs, and getting a better understanding of the way they think as well as what drives them to constantly create. My most favorite bloggers are those that I want to sit down with over a good vegan meal after reading their blogs and get to know better. Since that’s not always possible, I came up with a column on Olives for Dinner called Why I Cook that virtually allows both me and you the chance to get to know great bloggers better.

In this column, I’ll ask some of my favorite bloggers questions around, well … why they cook! If you don’t already know about these noteworthy bloggers, you’ll be introduced to some great ones and, if you are already fans, you’ll learn something new about them here! This week, I’m excited to feature my friend and superstar blogger Jackie Sobon of Vegan Yack Attack.

I had been a follower of Jackie’s blog for a couple of years before we met in person at Vida Vegan Con in Portland in 2013. At the time, I really didn’t know many other vegan bloggers, but had an idea in my head what their personality was like from reading their blog. In person, Jackie was exactly as I had expected: fun, warm and silly. But as I got to know her better after moving to LA (where she is based) from the east coast, I’ve found Jackie to be so much more! She is full of endless ideas and inspiration, has a deep understanding of food styling and photography, and I love her spirit and energy. Oh, and she wrote this amazing cookbook, with cookbook number two percolating as we speak! Check out my past review here, and get a copy of this cookbook if you don’t have one already!

Read on to find out who Jackie would most like to cook with in her kitchen, how she comes up with new ideas and to look at some of her always gorgeous food photos!

I occasionally helped my parents cook rice-a-roni when I was young, but I didn’t really start cooking and learning more about it until after college. What got me into cooking was knowing what was in my food and where it was coming from, and that is also what kept me interested in it. Then, when I went vegan, the amount of creativity involved really got me excited about making food.

Typically, I come up with a recipe in a few ways, sometimes the methods overlap, even. Either I’ll take something familiar to me from my pre-vegan days and make a better, vegan version of it. At times I may be inspired to cook new dishes by ingredients at the farmer’s market or in the produce section at the grocery store. Sometimes other recipes or photos, whether they be from magazines, online, or restaurants, will inspire me to embellish/modify/go in a completely different direction with food.

Hmm, when I went vegan is when I really became obsessed with food. Finding vegan cookbooks or recipe blogs helped me see what food could be, and the amount of learning that I did and do really keeps me in love with cooking. Before then, I only ate for survival (and not healthily), and cooking was great to watch on the Food Network, but not actually do.

I like to think that my style is that of making creative, colorful, and approachable vegan food. New recipes, but just familiar enough to not weird people out, too much.

I feel like “the Maker of Buffalo Chickpea Mac ’n’ Cheese” may as well be written on my headstone, because that recipe is a favorite of mine and -no joke- thousands of others. Spicy, creamy, crunchy goodness!

If your current self could give your past self one piece of sage cooking advice, what would it be?

Don’t be scared to fuck up. I could even give my current self that advice, to be honest. I think it’s better to go all the way in one direction with the possibility of it being genius or failure, and either way you will end up learning more than if you played it safe. Easier said than done, obviously!

I used to watch a lot of food shows, and really enjoyed watching Iron Chef (both versions); so in a general way they showed me how my design background and recipe creation had the same process of “solving a problem”, i.e. creating a solution to having one element whether it be an ingredient or a purpose. When I first went vegan, though, Isa Chandra and Kathy Patalsky were huge inspirations to me, and still are!

I would host a banquet with all of my grandparents, who have all passed unfortunately, and make vegan versions of all of the food they loved. Vegan cabbage rolls, kluski and pierogi for my Polish grandparents, and vegan biscuits with gravy and greens for my mom’s parents.

Name one ingredient and a kitchen gadget you can’t live without.

SALT! Second would probably be onions. And for sure, my blender.

Stay in touch with Jackie!