You are here: Home / Photography 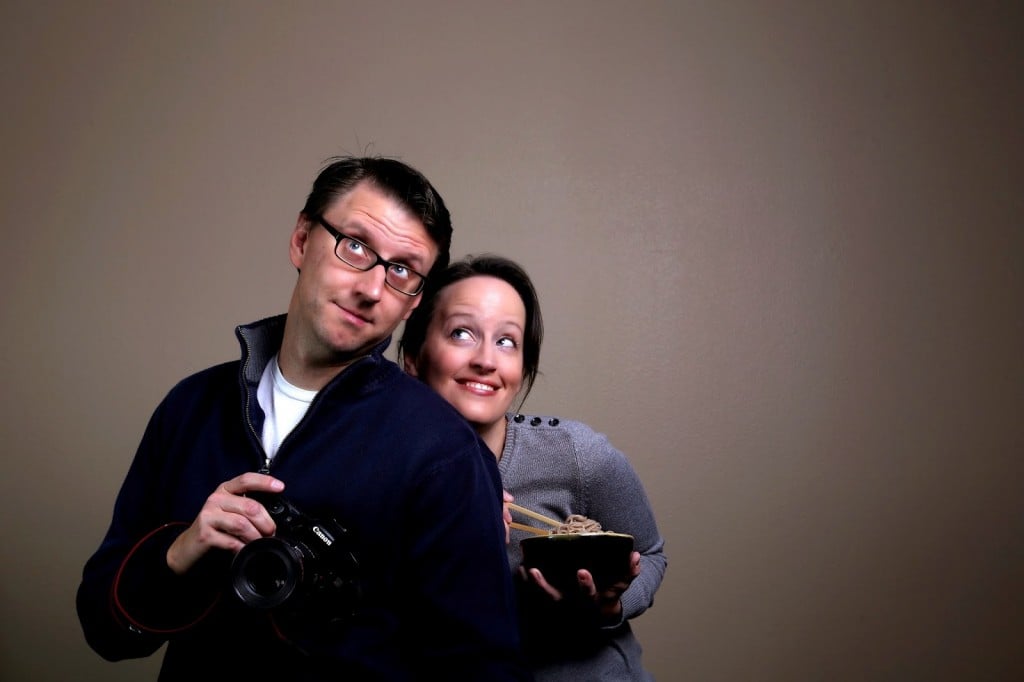 I am Erin’s husband and the happy recipient of the dishes she prepares on Olives for Dinner. Photography is a hobby of mine and documenting the creations that my wife produces in the kitchen has proven to be not only an enjoyable excuse to spend time on my hobby, but also a joint effort that allows us to work together in creating a final product that is released to the public.

To provide a bit of a back story, I started taking pictures seriously about fifteen years ago—with “seriously” being defined as the point at which I stopped using non-point-and-shoot cameras and started using Single-Lens Reflex (SLR) cameras. The trigger that precipitated this change was that some very good friends of mine were to be married in a very small wedding and the only way to attend was to have an assigned task. They nominated me to be the photographer. Since I did not have one, I bought a camera as this seemed like a integral part to the whole photographer role I would be filling. Fast forward many years and they are still married, we are still friends, and I still take pictures so I guess it all worked out.

The camera I purchased at that time was a Canon AE-1 Program film camera, a common “student camera”. I bought it used and through trial-and-error taught myself how to take pictures. This was in the days of film and 24-hour developing so I remember going to various locations and taking sets of pictures where I would vary the different exposure settings, recording the settings in a small notebook as I did so. When I picked up the pictures a few days later I would thumb through them and consult the notes, slowly figuring out what worked well for different scenarios. (If you do not believe me ask the aforementioned friends— I still have two rolls of pictures with them posing under a tree as I experimented with the settings of a newly-purchased flash). I eventually built up a marginal level of skill, expanded to a few lenses, a second camera body (to hold black-and-white film), and had fun for a few years. Then, after we moved to Boston and I had a job, I bit the bullet and picked up a Canon 40D digital SLR which I only recently upgraded to a newer, full-frame 5D Mark III. I use a Canon 100mm f/2.8L macro lens for a most of the shots we take, with the exception being the Canon 24-105mm f/4L lens for top-down shots (it was the “kit lens” that came with my 5D).

One of the aspects I enjoy about photography is the effort of attempting to capture an image of an object or environment the way I perceive it. Looking at the final “print”, this usually ends up being more miss than hit but the rare times everything comes together provides me motivation to keep photographing. Going to digital from a manual-focus film camera has made me something of a lazy photographer, in that I take many more pictures than I should instead of putting the time in during the shots to properly compose everything. I do try to envision the final print prior to releasing the shutter, rather than harvesting afterwards (note that we rarely crop pictures for this site). My laziness extends to post-processing, in that most pictures to date have little post-processing other than what the camera does to produce a jpg. I picked up Adobe Lightroom a few years ago with the hope that this would change, but alas, my laziness runs deep. I will add that over the past year we have started using the “I’m Feeling Lucky” button in Picasa more frequently to auto-balance exposure on many of the pictures we take and Erin also often adds text to pictures as well.

Until Olives for Dinner began, most pictures I took were either of people or objects, not of food. As I started to focus on food, the main item I had to learn more about was supplemental lighting. For those interested in learning more about lighting, I recommend going to strobist.blogspot.com as a good starting point. Also, checking out the strobist group on Flickr can be both helpful and inspirational as members will post photos they have taken and often will include the lighting setup used to accomplish the shots. When not using natural light, I use a remotely triggered speedlite/umbrella and monolight/softbox set-up (I have only just begun to investigate continuous-light sources).

I do not have many words of photography wisdom that cannot be found better stated many other places. These days you can literally find out how to do anything online. This is an amazing resource if you have the patience to track down what you are looking for. I like to browse food sites as well as general photography sites for ideas—note this also extends into the print world to cookbooks and the photography section at book stores.

Since we split the duties on Olives for Dinner (cooking and arranging vs. photography) I think it is interesting to see how these play out in the blog. A photo on the site is what conveys the first exposure of a dish to a reader—it creates the first impression. However, at the end of the day what I feel is most important to a reader once they make a dish is “how does what I just made taste?” 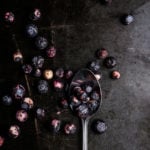