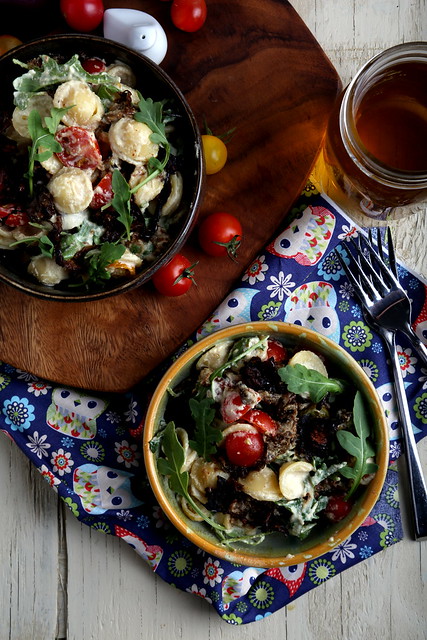 A little over 10 years ago, I moved from the Southern part of the US to Boston with Jeff. I was so excited to start a new life in a new place with a new-to-me culture and scenery, and it seemed like nothing could stand in the way of my happiness. But fast forward a few months later, and I found myself sitting in a cubicle in a job I wasn’t thrilled about, and my happiness quickly turned into frustration. I craved the opportunity to do something that had meaning and would give me a sense of fulfillment that was overwhelmingly lacking in my current 9 to 5 life.

During that time, I was also starting to learn how to cook. I failed miserably at almost everything I tried to make, but something kept me coming back to the kitchen to try it again, and I eventually got better over time. When I went vegan, I felt like I was starting all over and made the same kind of dumb mistakes and choices in the kitchen, but again, felt the urge to come back and try to work them out. Over more time, planning and making dinner became something that I looked forward to—a ritual that got me through the work day and gave me something to focus on, plan and create. I loved discovering new-to-me vegan ingredients and following recipes I found online.

One day I was looking online for something to make for dinner and stumbled across a website called The Post Punk Kitchen, run by Isa Chandra Moskowitz. It had recipes! It had a cooking forum! It had other vegans on it! Isa was relateable, funny and would answer cooking questions that were posted in the forum. She also had a cookbook called Vegan With a Vengeance that I ordered as soon as I heard about it. Once I received it, I bookmarked everything, and began to cook my way through it. Isa’s methods were approachable, affordable, easy and delicious. It became my go-to resource for cooking, and made me feel like it was “okay” and “normal” to be vegan. (At that time, I didn’t know any other vegans and felt pretty marginalized among friends and family.)

Because Vegan with a Vengeance made vegan cooking so fun and approachable, it played a big part in why I fell in love with and continue to love cooking. Now, fast forward 10 years later, and Vegan With a Vengeance has been re-released as a 10-year anniversary edition. Some recipes are reworked, some are completely new and it contains all-new photography by Kate Lewis. It couldn’t have come at a better time, because my old copy is pretty shabby: 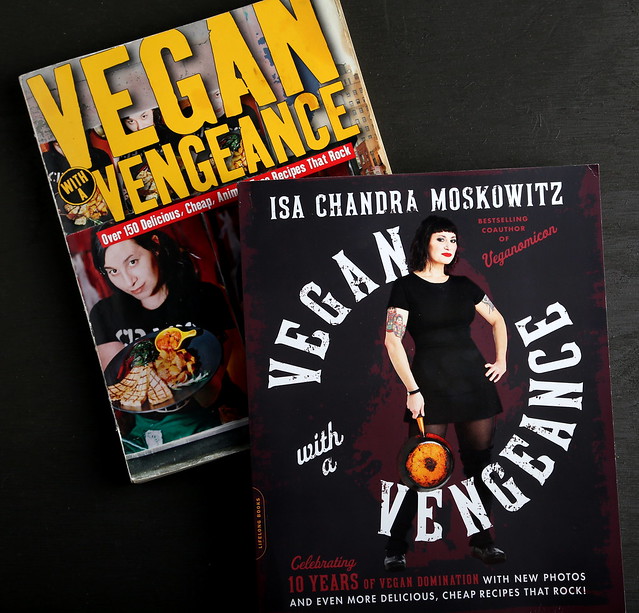 You can’t really tell from the picture, but the pages are all warped, the spine is about to give out, and all of the pages are stained. If your old copy of VwaV looks like mine, or you don’t have one, today’s your lucky day because the nice folks over at Da Capo Lifelong are offering a free copy of the new edition of Vegan with a Vengeance to two readers through this post … it’s so shiny and new!

To enter for a chance to win, just leave in the comments section the name of your favorite comfort food recipe or recipe by Isa and I’ll randomly pick two comments on Friday, July 17. Leave your email or twitter handle or some way to contact you in your comment in case you are chosen as one of the winners. Shipping is limited to US/Canada only. Good luck!

The winners of this giveaway are Jen and Stephanie, congrats! Thanks to everyone who entered. 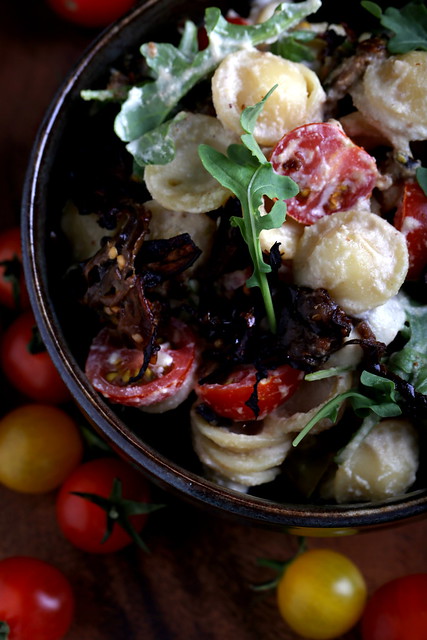 Speaking of comfort food, here’s a recipe from the new edition, BLT Mac and Cheese with Eggplant Bacon. Easy to make, filling and perfect when you want something carby, cheezy with fresh greens and tomatoes with salty, smoky eggplant bacon, this recipe will hit the spot! 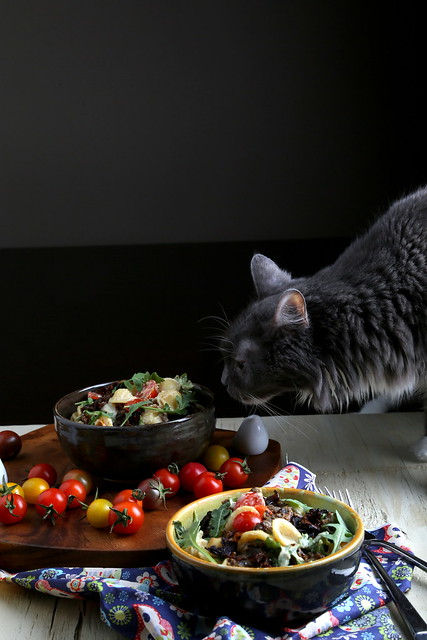 From Vegan with a Vengeance by Isa Chandra Moskowitz. Reprinted with permission from Da Capo Lifelong, © 2015

BLT Mac & Cheeze! Do I have your attention? If it’s summer and you have a garden, or a CSA, or just want to use some in-season produce from the grocery, maybe you can relate to the challenge of Too Many Tomatoes (though, really, can you have too many?). After moving to Omaha, I began growing tomatoes and looked for any reason to put them in everything. And so BLT Mac was born. I made the “B” out of eggplant (remember: vegans will make ba-con out of anything). For the “L,” arugula is always prolific in the garden, plus I love its muskiness, which goes per-fectly with the bright and smoky flavors of the other ingredients.

FOR THE BLT MAC

TO MAKE THE CHEEZE

TO MAKE THE BLT MAC

This recipe is so easy you’ll be making eggplant bacon in your sleep! The perfect slice has varying textures from crisp and browned in some spots, to tender and chewy in others. To that end, hand slice these babies instead of using a mandoline and aim for 1⁄8-inch slices, but don’t worry about perfection. The varying degrees of thickness will work to your advantage here. Just don’t cut it too thick, the eggplant needs to crisp up, and slices that are much thicker will just get soggy. 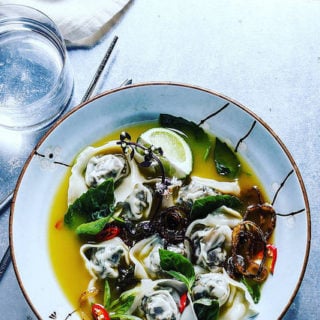