You are here: Home / Interviews / Why I Cook | Interview with Amber St. Peter of Fettle Vegan

This week, I’m featuring the down-to-earth megababe Amber of Fettle Vegan. I first met Amber a couple of years ago in LA and was instantly drawn to her laid-back style, warm spirit and genuine enthusiasm for cooking. Her blog is a reflection of all of these things and more, which is why I’m happy to have her here today! I especially love how Amber takes all of the fuss out of cooking, and just gives us warm and welcoming dishes like kimchi and coconut bacon grilled cheese, vegan burger and sweet cherry coffee cake. Amber’s beautiful+stunning photography always keeps me interested in seeing what she’s been up to, and curious about what she’ll whip up next. Speaking about what’s next, Amber’s been cooking up something extra special for her readers this last year … take a look at our conversation below to find out more!

I started cooking as a little girl at home in Maine. We grew our own food and my parents made it important that we clean, prepare, and become aware of the food were were eating. It wasn’t always the healthiest, but it was always homemade and always better than the store-bought version. After high school I became much more interested in baking, but it was really when I went vegan at 19 that I became interested in cooking healthy, hearty, plant-based meals regularly.

Bi-monthly I sit down and plan the next two months posts. I try to assess what is and what will be in season, how to use it in a fun and delicious way, and if I think people will respond to it. Sometimes I don’t care, and I post a recipe that I love hoping it gets the attention it deserves. Sometimes I post a recipe I think is only sub-par and people LOVE it, so its sort of fun to guess what might grab people’s attention. I will say that pretty much anything with chocolate is guaranteed to drive traffic! Other than that, I really just pay attention to food trends online and in print, see what my awesomely creative blogger friends are coming up with, and pitch ideas to Alex to get his response. Foods come and go in popularity, so there is always something new to focus on!

When I was a little girl my Mom spent a ton of time in the kitchen, baking. I definitely grew to appreciate the science and experimentation that went into baking, and how one little thing could alter the results of the whole batch. I loved changing recipes sightly to see what happened, what was different about the end result. In high school I perfected my great grandmother’s recipe for Tollhouse cookies (which may very well have been the original Nestle recipe rewritten on scrap paper) and I’ve had a love affair with making perfect cookies ever since. Now that I’m vegan, I feel like I have so much more to explore and play with as far as baking experimentation goes – non-dairy milk, egg replacers, GF flours. Introducing aquafaba to my baking has been a great success!

I would define my style of cooking as pretty lazy, honestly. I love to cook, but I hate feeling like cooking is “work” so I focus on really making my recipes and meals as easy to make and as full of flavor as possible. I’m also a big comfort food person, so I generally make big portions of things like potatoes and rice at the beginning of the week, then eat them all week long, which takes a ton of time off of making them for each individual meal and makes it easier to eat healthy meals (at least, for me).

The best dish I ever made … well that’s a tricky one! I’m definitely known for my baking skills, so I’m going to go with my recent foray into aquafaba experimentation and say my Cranberry Orange Clafoutis. It is just a dish I never thought I’d ever be able to make vegan, and I totally conquered it. I was so pleased with the results, but the real secret? The cast-iron pan! I don’t cook it in anything but.

Don’t be so hard on yourself! There will be times you’ll end up eating something not vegan, and times you’ll be so sick of perfecting a recipe that you’ll want to throw a pan at the wall. And that’s okay! Expect to make mistakes, and just feel super extra lucky when a recipe turns out perfectly the first time. Also, practice, practice, practice! Nothing makes you better chef than confidence in the kitchen.

Who are some of your culinary heroes or influences and why?

Reading Julia Child’s biography years ago made me feel like I really connected with her. She sort of stumbled into cooking and enjoying great food, which I feel like is similar for me. Also, she really didn’t give a f*** what people thought, and her courage and tenacity are something I envy in the kitchen. She was one badass girl boss! Also, speaking of modern day badasses, I’m a HUGE fan of Matthew Kenney and the beautiful work he is doing with Plant Food + Wine and his cooking schools in LA, Maine, and Thailand. Everything that comes from his kitchen is beautifully designed and is as much about presentation as it is taste.

Since I’m a bit of a Julia devotee, probably her. Though I think she may be both confused and slightly turned off by meat-free cooking. And if she was, then Paul McCartney because he IS a vegan and I’m a huge Beatles fan … I’d also like to ask him about that music video he did with Michael Jackson for ‘Say Say Say’ in 1983, because that was bizarre.

Oh man! I would throw a party for all my ancestors. I’d love to meet them and see what they ate and how they thought my cooking tasted. Seriously! I know celebrities are the natural choice here, but I would love to sit down over a cup of chia pudding with my great great great grandma and really see what she thought.

Ingredient: Avocados. I eat at least 1 – but sometimes as many as 3 – every day. Kitchen Gadget? My electric water kettle. I know, it sounds lame, but I have a TINY kitchen so being able to heat water to boiling in under two minutes without taking up precious burner space is ideal. Also, cast-iron. We don’t cook in anything but and have pans that once belonged to my fiancée’s great-great grandfather in our kitchen. If well cared for, they’ll last forever! Plus the extra iron is great for those of us with anemia.

I heard through the grapevine that you have a cookbook coming out. Care to share some details?

You heard right! My cookbook, Homestyle Vegan, will be officially out November 1st, 2016 – though you can pre-order it on Amazon right now. Homestyle Vegan is a collection of 80 recipes, each with a full-page color photograph, with a focus on recreating traditional comfort food recipes in a healthy, plant-based way. This book is all about making hearty, better-for-you dishes without spending all day in the kitchen. My favorite recipes in the book are the Apple Cinnamon Dutch Baby with Crumbled Walnuts and the Quinoa Meatball Sub with Grilled Onions and Peppers. I can’t WAIT for you guys to see it! 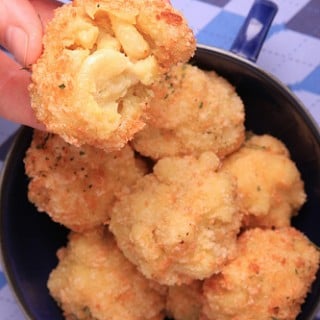 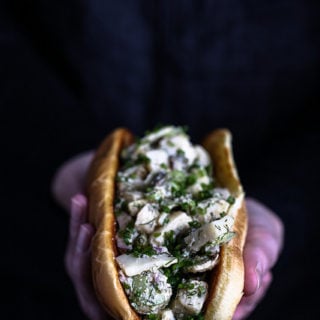 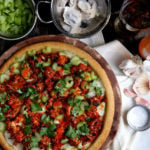