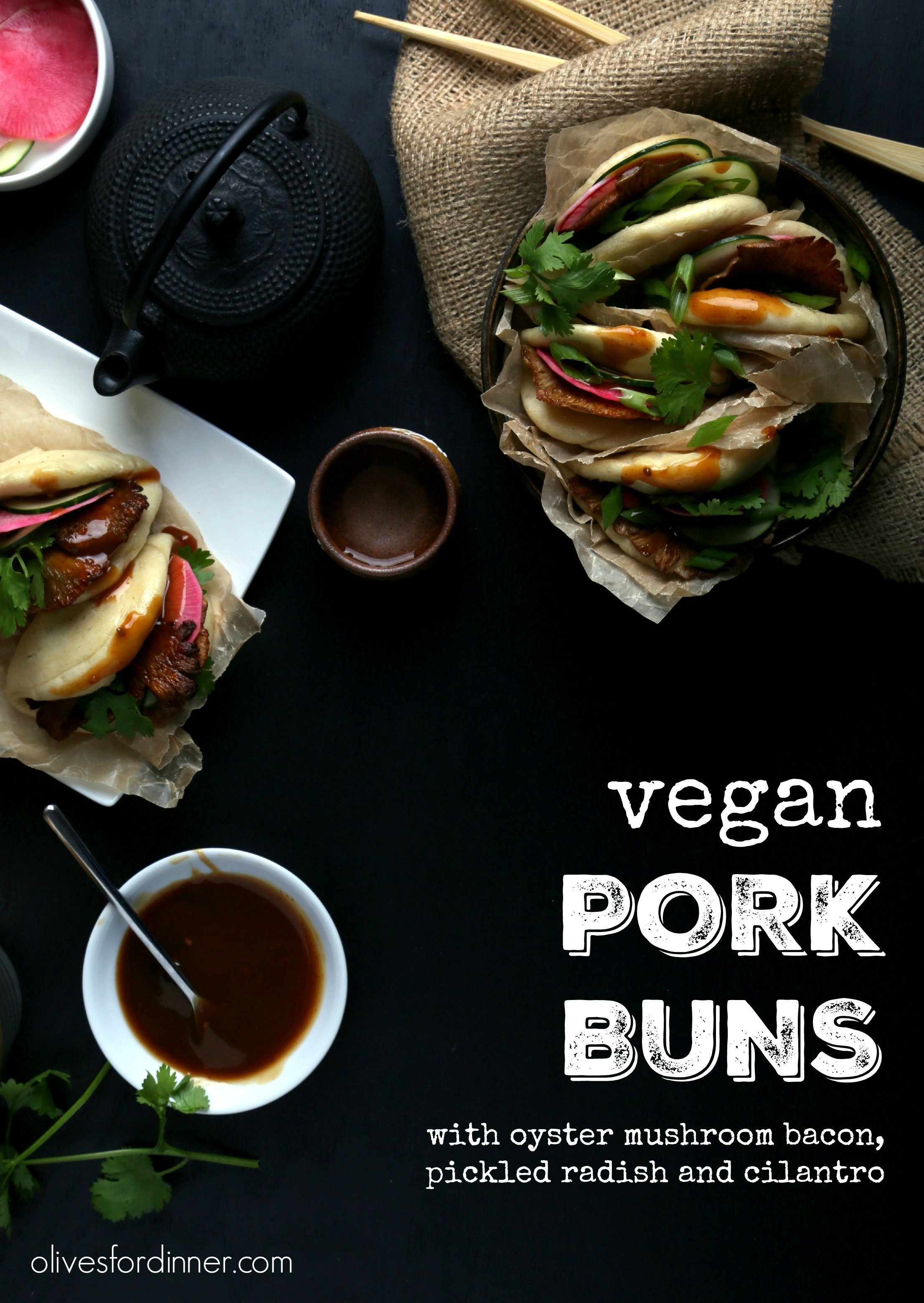 I love veganizing meat- and dairy-heavy dishes: it’s an opportunity to be creative and produce dishes that allow me to stay in alignment with my strong belief that animals aren’t food. Things like vegan burgers, cheese and bacon are always fun to recreate. It’s less about trying to “make” food be something that it’s not, and more about recreating the textures and flavors (smoke, saltiness, umami, etc.) that make it so good in the first place. 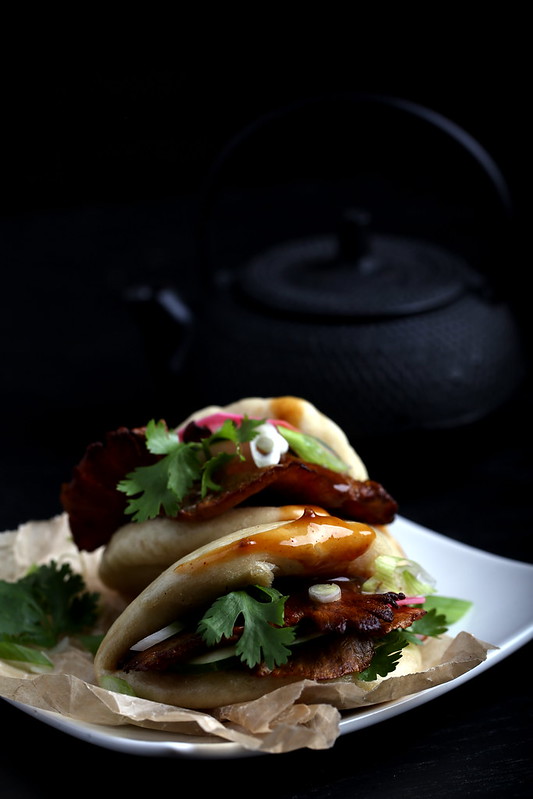 Sometimes I see something I want to veganize, but never had before, so I’m not sure how it’s supposed to taste. There’s no sensory experience to capture or memory attached to it. But that’s not really a negative: it leaves room open to interpret the dish and make something unique.

An example of that are these puffy vegan pork buns! This iconic Momofuku pork bun recipe produced perfect little pillowy buns with a little hit of sweetness and subtle chewiness by simply leaving out the milk powder and subbing refined coconut oil and liquid smoke for the pork fat. It worked well with the crispy and succulent oyster mushroom bacon nestled alongside some rich hoisin, clean cilantro and cucumber, with spicy scallions and a little pickled radish to provide color and balance everything out. And they look dynamite once assembled and ready to go!

You can also fill these with jackfruit, shiitake or maitake bacon or tempura-fried vegan scallops.

One recipe Momofuku’s Pork Buns with the following adaptions:

for the oyster mushroom bacon (double or triple as desired. I used 1-2 pieces of mushroom per bun) 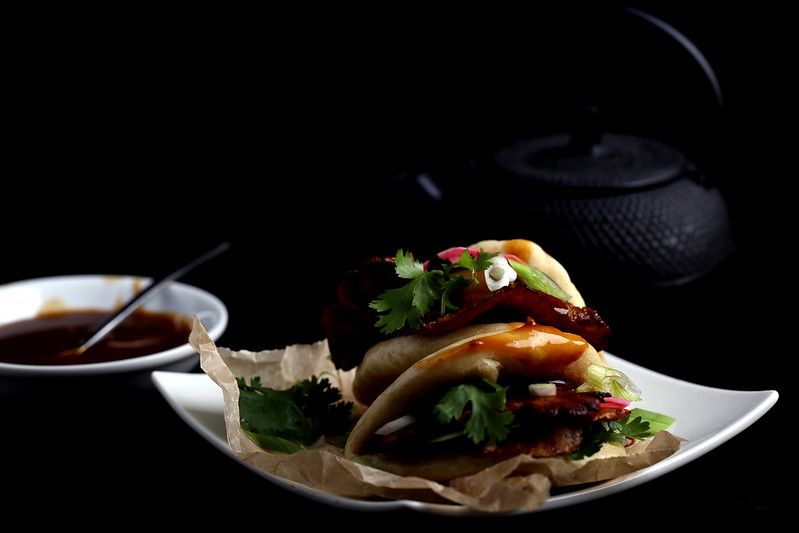