You are here: Home / Appetizers / Basics / How to Fold a Wonton Dumpling 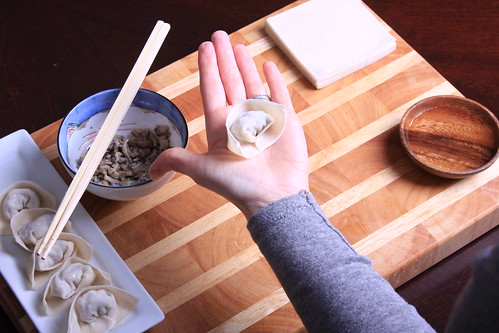 In preparation for making wonton soup this weekend, I looked at a few YouTube videos for instructions on how to fold a wonton dumpling. Although there are several methods and techniques, I found them to be a little confusing because folding was done right in the palm of the hand, which I could not replicate. So I finally stopped trying to fold the wontons that way and instead folded them directly on a wooden cutting board, which made the process much easier. Following is the method I used for folding wonton dumplings—once you assemble the first one correctly, you’ll fly through the rest of them in minutes.
Step One: Lay one wonton skin on a flat surface. 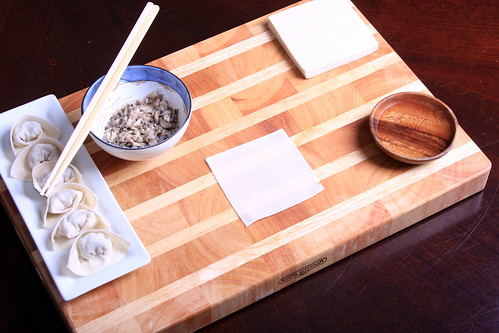 Step Two: Place a teaspoon of filling into the center of the wonton skin. 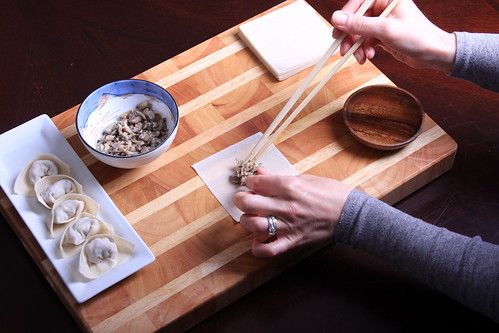 Step Three: Dip your finger into a bowl of water and run it along the sides and edge closest to you to help create a seal. 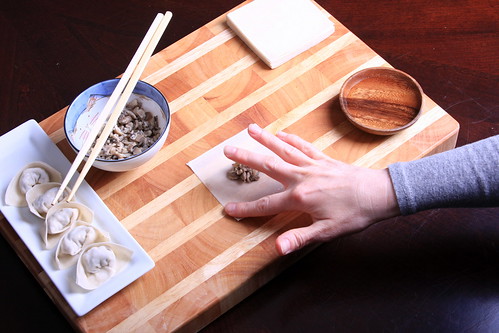 Step Four: Fold the skin in half, pressing out any air pockets that may have formed. 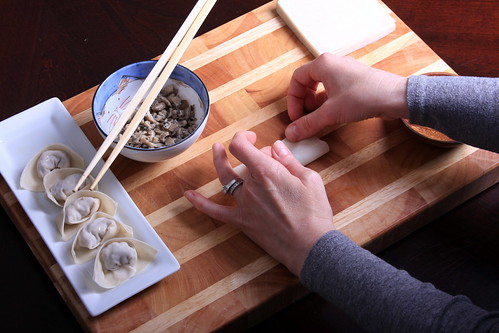 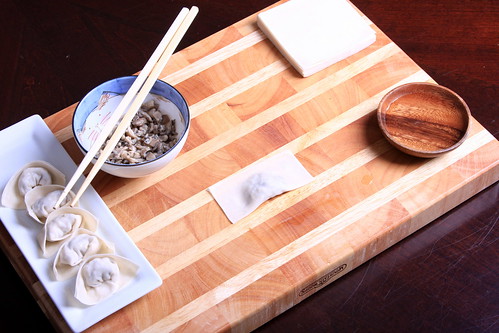 Step Five: Place a dab of water on the left-hand bottom corner. 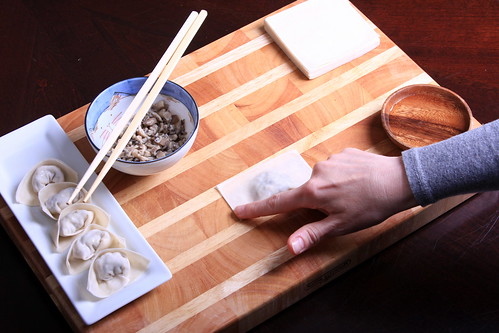 Step Six: Now fold the wonton over again, by lifting up the side that is closest to you and folding it away from you. Don’t take your pinched fingers off the sides. 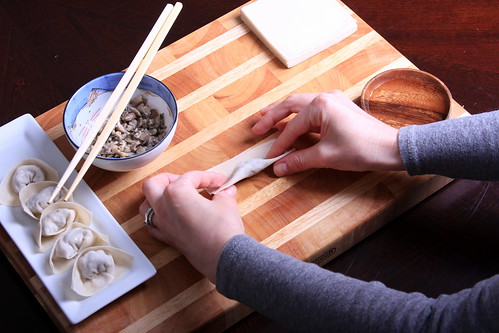 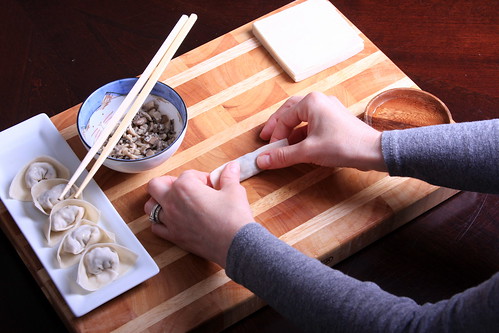 Step Seven: Now connect the corner you just dabbed water on to the underside of the corner to the right by bringing up both sides in an arc motion. Press it together firmly to seal it. 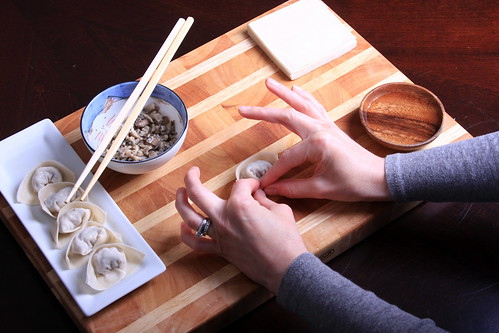 You should now have an adorable wonton staring back at you: 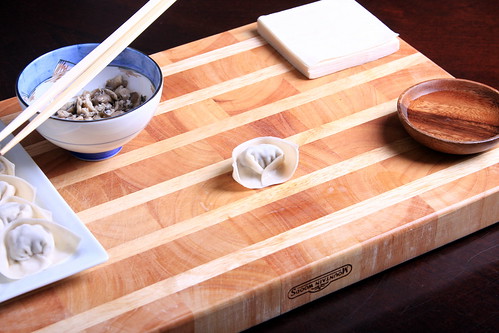 Place the assembled wontons onto a baking sheet lined with a silpat, making sure they are not touching each other. Place into the freezer for an hour or two, then transfer to a ziploc bag and keep in the freezer until ready to use. There’s no need to defrost the wonton before boiling. 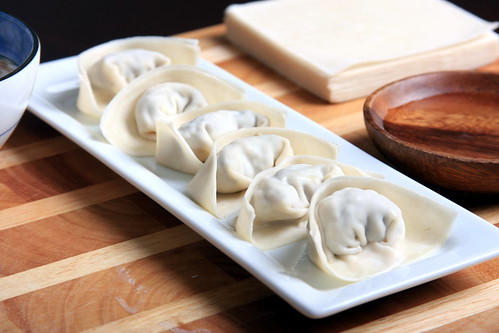 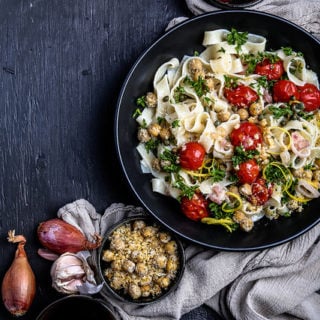 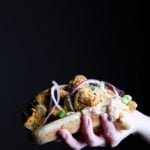 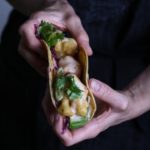