A year or two ago, I had placed some bell peppers among other things in a marinade which got shoved into the back of my fridge and forgotten for a couple of days. When I took them out, I noticed the peppers had gotten really soft and kind of resembled salmon. However, they didn’t taste very good, but it got me thinking about how I could replicate this texture while removing that bitterness.

What I decided to do was combine mirin (my thought was that the sweetness would help neutralize that bitterness) and rice vinegar (which would cook the peppers). Would it work after a couple of days?

Yes! Although slicing off the thin but sturdy skin on the outside was essential to developing a consistently silky texture that was perfect for draping over rice to make a cute “salmon” sushi. Does this taste like salmon? Not at all. Does it look like salmon? Kind of! Does it taste good on its own and make a great little veggie sushi dish? You bet.

for the bell pepper

for the sushi rice

to prepare the bell peppers

to make the sushi rice

to assemble the nigiri sushi 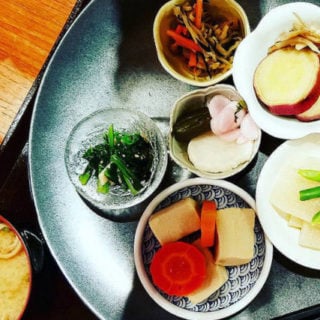 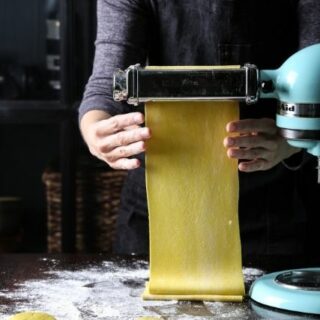