I tried to recreate this creamy green sauce after ordering it at a Mexican restaurant, because it was the greenest, smoothest, creamiest sauce I ever tasted. Almost too creamy. So after the first few bites, we double-checked with the waiter to ask what was in it and to confirm that is was, in fact, vegan—and were told that the ingredients were the restaurant’s secret, but it was vegan. A few days later, I tried to recreate it at home with just oil—nope. I tried making it again with raw cashew cream—kinda close, but still … nope.

This creamy poblano sauce is dairy-and egg-free and delicious!

What was I missing? After finding out that this sauce likely contained eggs after all,  I was a little irritated, but it got me thinking about the perfect creamy element I could use to recreate and veganize that green sauce. Hey Hampton Creek Just Mayo! This vegan mayo brand is super creamy and super faux-eggy. It just may work!

This sauce is the creamiest, dreamiest sauce that tastes just like that other sauce, without the eggs. Believe me, I would never lie to you!

Serve this sauce with tacos, burritos, or scoop it up with tortilla chips. You can even make your own chips if you have corn tortillas laying around. To do this, just slice up prepared corn tortillas with a pizza cutter, brush both sides with a little olive oil and sprinkle with a little salt. Place on a baking sheet in a single layer and bake at 350 for about 15 minutes or until crisp.

This creamy poblano sauce loves tortilla chips. Dip away with this flavorful dip that would also go well with tacos, burritos or taco bowls! 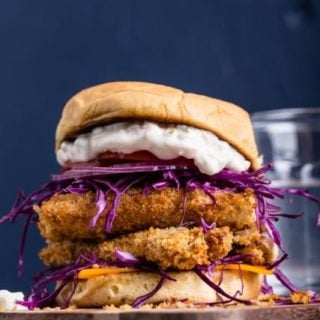 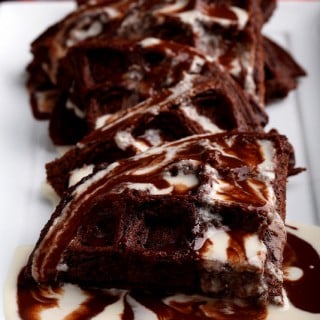 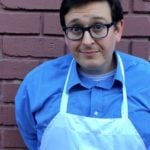 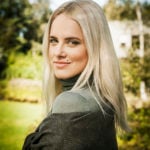