Several years ago, I used to buy a vegan tuna product called Tuno. It was apparently available in cans, which I never saw anywhere, but the kind I bought came frozen in a little tube. I had recently gone vegan, and this was a good replacement for canned tuna fish, which I used to eat a lot of. However, Tuno suddenly disappeared from the frozen food section, and then I sort of forgot about tuna and fake tuna altogether.

But when a friend of mine asked if I could come up with a new version of this chickpea salad, which she and her husband frequently make and eat for quick lunches and light dinners, I began to think about vegan tuna again, and decided to try using hearts of palm to see what would happen. This new-to-me ingredient that I recently used to make vegan crab cakes is fantastic, but I discovered that simply chopping it up and mixing it with vegan mayo creates a mushy canned tuna analog, and the citric acid added to the can imparted a bitter taste that I didn’t really like. 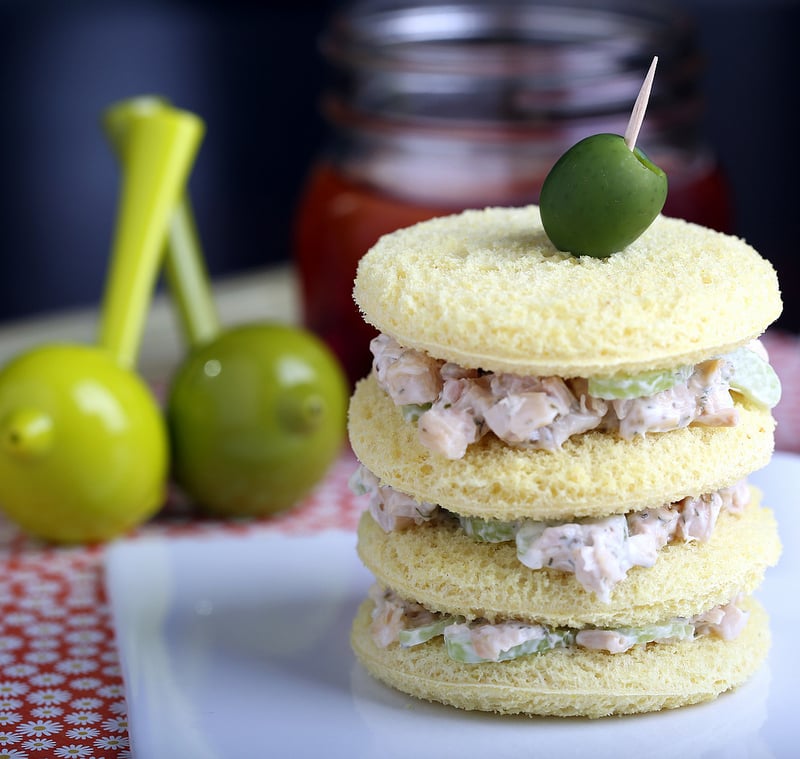 So to get rid of the tang, I chopped the hearts of palm up finely, then soaked them in water to remove some of it. I then drained and gently pressed them before baking them to steam off some of the moisture to prevent any mushy texture. The results were fantastic: this is a nicely textured, flavorful and rich alternative to tuna salad, and is quick and easy to whip up. The chopped celery and celery seed taste amazing together here and are perfectly rounded out with a touch of dried dill, while the kelp granules give it the right amount of faux fishiness and subtle saltiness. This easy, versatile and rich filling won’t fool anybody into thinking it’s actually tuna, but its gently herbed and nicely textured quality makes it a lovely, interesting and viable alternative. 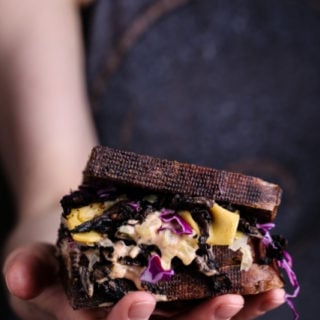 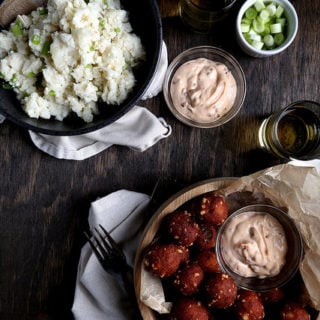